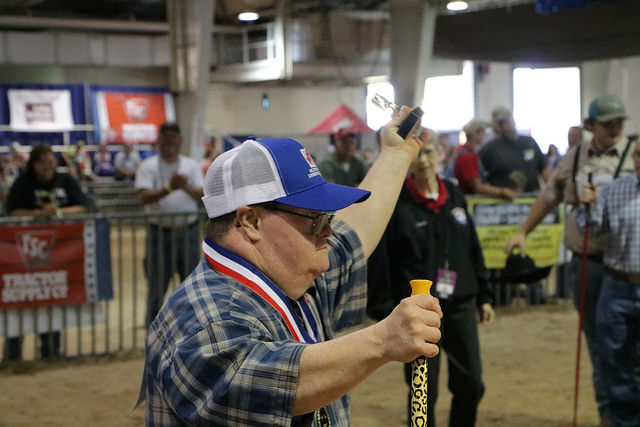 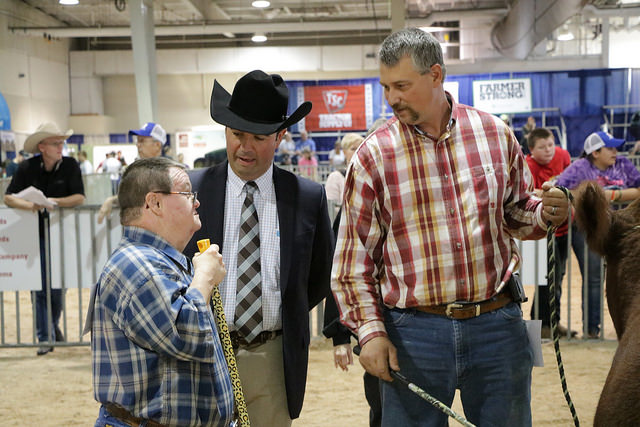 Enter several of the families who think of Mike as one of their own. The concept of peaceful protest is not new, and the children of those families didn’t think it was right that Mike didn’t get his shot to show. So, they approached the State Fair office and politely informed them that if Mike didn’t get to walk his animal through the ring, they would pack up their animals and go home, before they even had the opportunity to show. There would be enough animals between the families leaving the fair that it resonated with the fair office. Mike was allowed to walk through the ring before the State Fair shows officially started. There were no officiates, no announcements, and the ribbon Mike was presented by a family friend was dug out of a family tack box.

This resonated with Mrs. Carol Turner, a secretary in the State Fair Livestock Office at the time. What the youth and Mike didn’t know is they had found an ally. It wasn’t good enough for Mike to just walk through the ring with no recognition – in her mind, if he was to travel to and work at the State Fair, he deserved to participate. 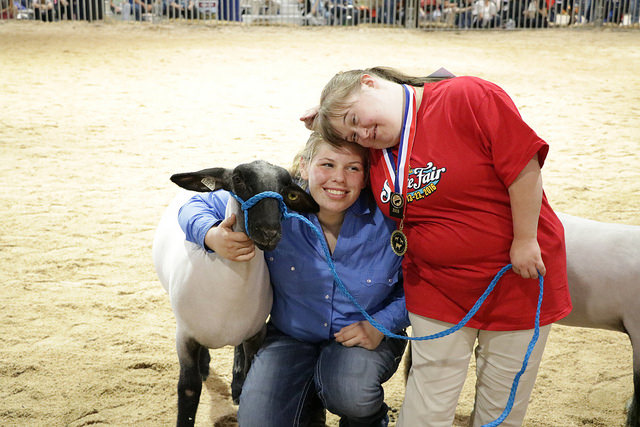 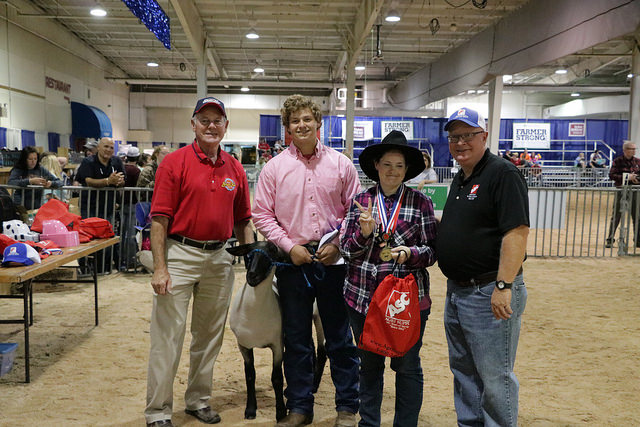 Mike is right in the mix of it all. Mike has been presented a belt buckle for his role in starting the event, he’s been allowed to help judge, and most of all, he exits the ring with his ribbon and medallion held high.

For the participants of the Special Show, Mike was the catalyst that created an opportunity to touch and interact with animals that most never had. Mike is the reason that youth who bring animals to the fair look forward to volunteering their time and animals to assist others participate in livestock events, when they could otherwise be napping after long, hard days at the fair. Mike is the reason that for an hour and a half, all eyes in the livestock barn stop seeing Down syndrome, spina bifida, cerebral palsy, Asperger’s, and autism, and instead focus on the pure joy of youth and adults interacting with animals.

To hear the applause of the crowd and the laughter of the exhibitors, to see the faces light up with smiles and excitement, to witness the moments where animals and people are brought together are heartwarming and humbling. And they’re all made possible because Mike wasn’t satisfied to sit on the sidelines and watch. Mike’s sweet spirit and passion for livestock are embodied in the NC State Fair Special Awards Livestock Show.

So what was Mike’s reaction to officially receiving celebrity status? He simply replied, “thanks for putting a picture of Mike Smith on the wall.” 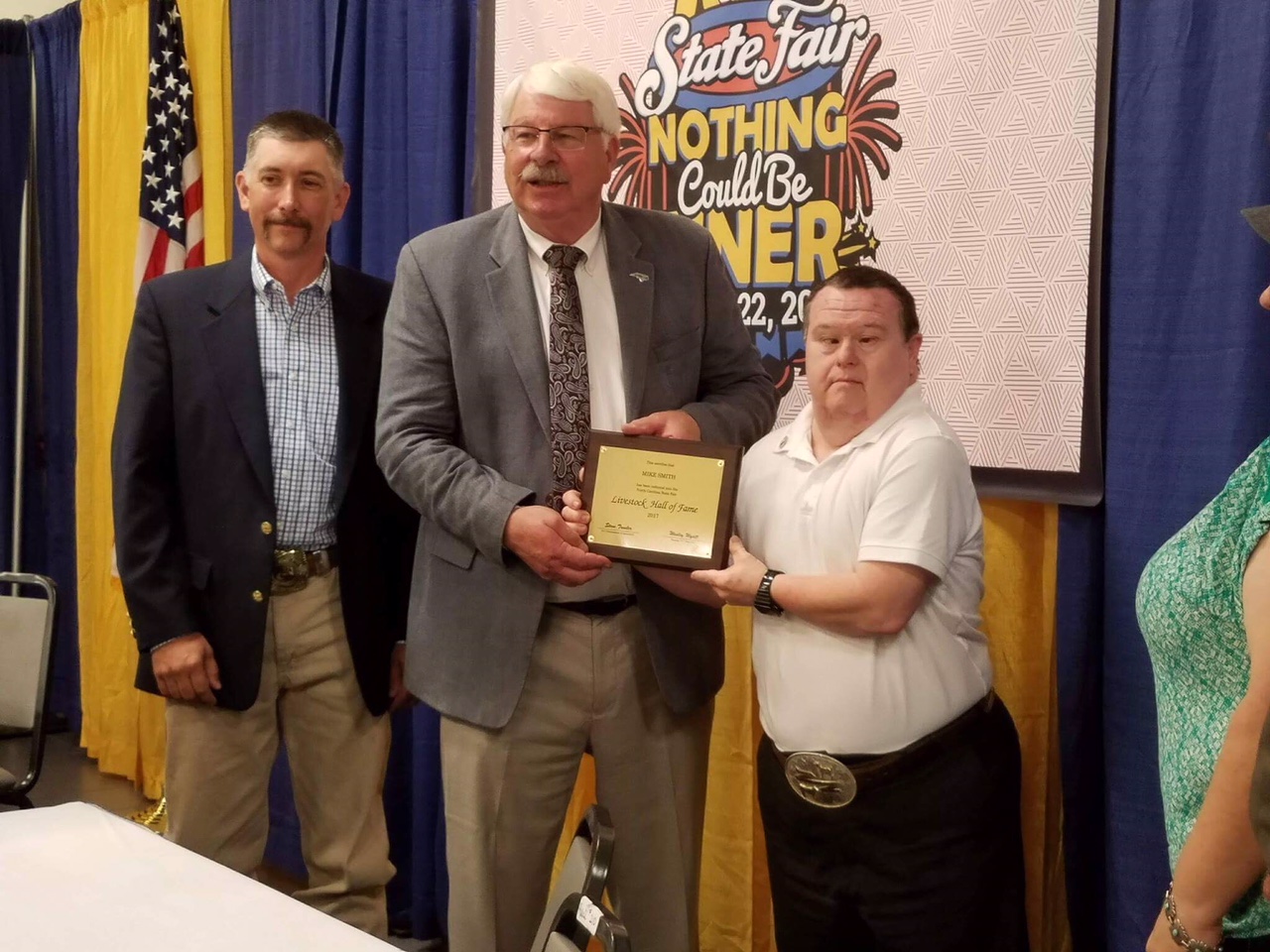