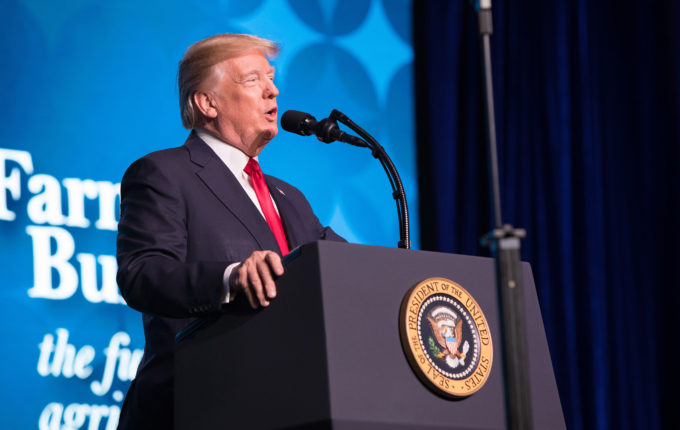 On January 8 President Donald Trump unveiled a major initiative designed to strengthen a rural economy that has lagged urban areas in recovery from the Great Recession of 2007-2008. Trump signed two executive orders that fund and streamline the expansion of rural broadband access after an address to 7,400 farmers and ranchers gathered at American Farm Bureau Federation’s 2018 Annual Convention.

In addition to economic development, Trump touched on issues of particular importance to agriculturists such as regulations, labor and trade. He praised farmers for their enduring values. “We are witnessing a new era of patriotism, prosperity and pride—and at the forefront of this exciting new chapter is the great American farmer.” Farmers, Trump said, “embody the values of hard work, grit, self-reliance and sheer determination.”

The president spent much of his address decrying the costs of excessive regulation and tallying the rules his administration has moved to eliminate.

“We are also putting an end to the regulatory assault on your way of life. And it was an assault,” he said. Trump singled out the Waters of the United States rule, now being withdrawn following an executive order he signed in the first weeks of his administration. “It sounds so nice, it sounds so innocent, and it was a disaster. People came to me about it and they were crying – men who were tough and strong, women who were tough and strong – because I gave them back their property and I gave them back their farms. We ditched the rule.”

Trump acknowledged controversy over the North American Free Trade Agreement and other trade agreements that account for roughly a quarter of U.S. agriculture revenues. “To level the playing field for all of our farmers and ranchers as well as our manufacturers we are reviewing all of our trade agreements,” he said. “On NAFTA I am working very hard to get a better deal for our farmers and ranchers and manufacturers.”

Trump promised the farm bill would continue to lend stability to farmers who are now entering their fifth year of declining incomes. “I look forward to working with Congress to pass the farm bill on time so that it delivers for all of you, and I support a bill that includes crop insurance,” he said. 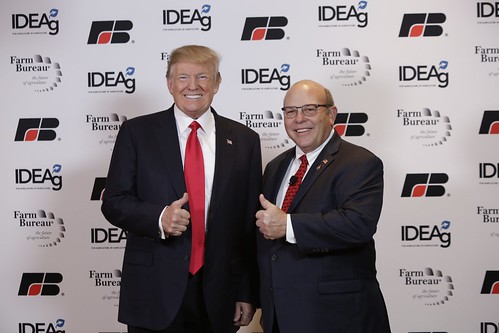 “Farmers and ranchers have too long faced burdensome regulations,” Duvall said. “This president understands the toll government overreach has taken on ordinary business and is moving swiftly to clear the way for prosperity. We are moving into yet another year of economic difficulty. Relief could not have come at a better time.”