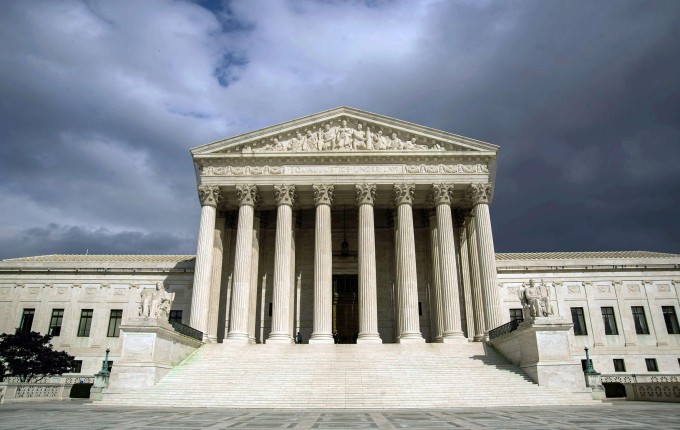 Last week, the Supreme Court of the United States heard oral arguments in US Army Corps of Engineers v. Hawkes Co., Inc. The case is significant for a number of reasons: it could have major implications on how landowners are allowed to use their property; it could strike a blow to regulatory overreach by government bureaucrats; and it could provide insight into how the Court will view environmental regulation in future cases.

Property Rights issues like those concerned in Hawkes are extremely important to farmers. In North Carolina alone, there are nearly 50,000 farms covering 8.4 million acres of land. That’s more than 25% of all land in the state. To put it another way, that’s roughly all of the land in North Carolina west of Interstate 77. In comparison, the state and federal government own just under 3.3 million acres in North Carolina.

But first, a little background. The original plaintiff, Hawkes Co., wanted to use some of the wetlands it owns in Minnesota to mine peat. They asked the Army Corps of Engineers (the Corps) to review the details of the property and issue a determination as to whether or not the wetlands were subject to regulation under the Clean Water Act (CWA). We’ll revisit the CWA in a bit. The Corps determined that the property fell under the law because it included “jurisdictional waters” even though the nearest traditional navigable water subject to regulation is 120 miles away.

The problem for Hawkes Co. was that while they disagreed, their options were all bad: 1) go through a lengthy and expensive permitting process; 2) use the land anyway and face fines and/or imprisonment; or 3) abandon their plan at a significant financial loss. Instead, Hawkes Co. filed a lawsuit alleging that the Corps determination was a final agency action with no additional means for appeal and should therefore be subject to judicial review. That, in a nutshell, is what Hawkes is about.

The significance of Hawkes is two-fold. On its face, a ruling in favor of Hawkes Co. gives landowners an important tool, the right to go to court, when fighting regulatory overreach by government bureaucracies. The alternative would be to make “unelected environmental bureaucrats their own judges and juries,” according to Damien Schiff, an attorney for the law firm representing Hawkes Co.

Hawkes is also significant because it may provide insight into how the Court handles existing and future challenges to the Environmental Protection Agency’s (EPA) most recent regulation interpreting the CWA’s scope, which we call the WOTUS (“waters of the US”) rule. So what is the WOTUS rule and why is it so bad?

In August of last year, the EPA and the Corps finalized the WOTUS rule which greatly expanded the waters—and by extension, the lands—regulated by the Clean Water Act. American Farm Bureau Federation explains:

The rule effectively eliminates any constraints the term “navigable” imposes on the Corps’ and EPA’s CWA jurisdiction. The rule grants regulatory control over virtually all waters, assuming a breadth of authority Congress has not authorized. The list of waters deemed “non-navigable” is exceptionally narrow, providing that few, if any waters, would fall outside federal jurisdiction. Such a shift in policy means that EPA and the Corps can regulate any or all waters found within a state, no matter how small or seemingly unconnected to a federal interest.

This type of environmental overreach is exceptionally bad for landowners, particularly farmers. Contrary to the EPA’s claims, the rule fails to provide clarity on what waters are or are not subject to regulation, and this lack of clarity threatens to paralyze landowners while raising the specter of government penalties at every turn. In fact, violating the WOTUS rule of the CWA could result in as much as three years in prison and fines as high as $50,000 per day.

However, the Hawkes Co. hearing did provide a glimmer of hope: The questions posed by several Justices suggest they favor Hawkes Co.’s view of the case, and are skeptical about the constitutionality of the WOTUS rule itself. In particular, Justice Anthony Kennedy remarked that “the Clean Water Act is unique in being both quite vague in its reach, arguably unconstitutionally vague, and certainly harsh in the civil and criminal sanctions it puts into practice.” Ironically, it was Justice Kennedy’s own opinion in a 2006 case that the EPA exploited in its massive expansion of the CWA.

Hopefully, the Court will eventually consider one or more of the currently pending challenges to the WOTUS rule, and in doing so establish clearer and narrower boundaries for the Clean Water Act.

Perhaps overshadowing these positive developments is the uncertainty created by the passing of Justice Antonin Scalia. In his absence, the eight remaining justices could split evenly on many cases; once his replacement is appointed, the Court’s ideology is sure to shift in new and unpredictable ways. Volatility, uncertainty, and overreach are the last thing farmers need. For generations, farmers have fed our communities and the world while managing their land responsibly. In 2016, when our farmers should be focused on feeding a rapidly growing population, they remain concerned about government agencies stepping in and making land-use decisions for them.

It’s evident that agriculture and environmental regulations are at pivotal crossroads, and the solution is stability. Farmers and landowners need a Supreme Court nominee who, like Justice Scalia, opposes federal environmental overreach and supports stronger bureaucratic accountability. Scalia was the author of several landmark decisions that constrained the EPA’s broad interpretation of its power under the CWA, including Sackett v. EPA in which he wrote there is “no reason to think that the Clean Water Act was uniquely designed to enable the strong-arming of regulated parties into ‘voluntary compliance’ without the opportunity for judicial review.” Before that he authored the plurality opinion in Rapanos v. United States in which he lambasted the government’s assertion that “federally regulated ‘waters of the United States’ include storm drains, roadside ditches, ripples of sand in the desert that may contain water once a year, and lands that are covered by floodwaters once every 100 years.”

There is no doubt that the next Supreme Court justice will play a significant role in key agricultural issues concerning land and water. As Ellen Steen, General Counsel for American Farm Bureau Federation, said, “whoever is picked to fill the court vacancy should have a track record showing they hold federal agencies accountable to operate within the boundaries set by Congress, including respect for those regulatory powers reserved for the states.”