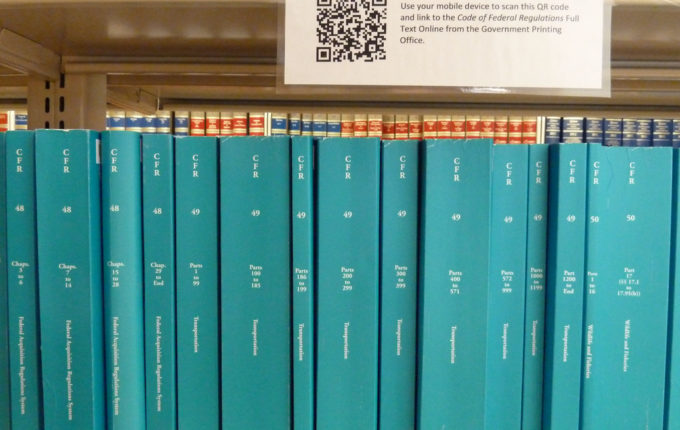 With Congress back in their districts for August Recess, we thought it’d be a good time to talk about some federal issues that are a high priority for Farm Bureau. Wrapping up this week: regulatory reform.

All Americans have an interest in a regulatory process that is transparent and fact-based, respects the will of Congress, and observes the separation of powers in the Constitution. Federal regulations have a direct impact on farmers and, over the years, the breadth and extent of that regulatory landscape have increased. Farm Bureau has taken a stand against regulatory overreach and is working to reform the federal regulatory process and preserve farmers’ and ranchers’ land-use and water rights.

Today, farmers and ranchers are faced with a flurry of requirements through the Clean Water Act, the Endangered Species Act, the Federal Insecticide, Fungicide and Rodenticide Act, the Food Safety Modernization Act, immigration and labor regulations, and interpretation of the Federal Land Policy and Management Act—to name just a few.

Often, these requirements are the result of federal regulations; sometimes they emanate from court decisions. But no matter how they are established, the result often can be controversial. Stakeholders disagree on the language in the rule, and affected parties disagree on the science, the data or the models underpinning one or the other.

Farm Bureau strongly believes that all Americans, including farmers and ranchers, need a regulatory system that is fair, transparent, adheres to the will of Congress, takes economic impacts into account and respects our freedoms.

The Administrative Procedure Act, which governs how regulations are set forth, has not changed substantially in the 70 years it has been on the books—meanwhile the federal government has expanded enormously. In 1946, when the APA was signed into law, the entire federal government raised $358 billion in revenue. In 2015, the deficit alone amounted to $439 billion. When the APA was enacted, the federal regulatory landscape did not include the Clean Water Act, the Clean Air Act, the Endangered Species Act, Superfund, wetlands regulations, the Consumer Product Safety Act, the Taft-Hartley Act, Medicare, the Occupational Safety and Health Act, banking laws such as Dodd-Frank, or the Affordable Care Act. Yet all of these laws generate regulations that affect Americans’ daily lives.

Policies today are also increasingly determined through the courts because, over the years, federal statutes have granted individuals and organizations the right to file citizen lawsuits. This increase in litigation has been coupled with Supreme Court decisions that grant federal agencies, through the principle of “deference,” far greater latitude in interpreting the law. As a result, federal agencies can interpret federal laws in ways never explicitly approved by Congress. Other statutes, like the Equal Access to Justice Act, can allow activists to have their court costs reimbursed.  In sum, many people have evaluated the existing system and found that it falls critically short in providing the transparency, openness and fairness that the system is supposed to provide.

If you are a farmer or are involved in agriculture, you have an opportunity to let Congress and USDA know that you support federal regulatory reform. Please consider taking action on this important issue!

Take Action: USDA wants to hear from you!