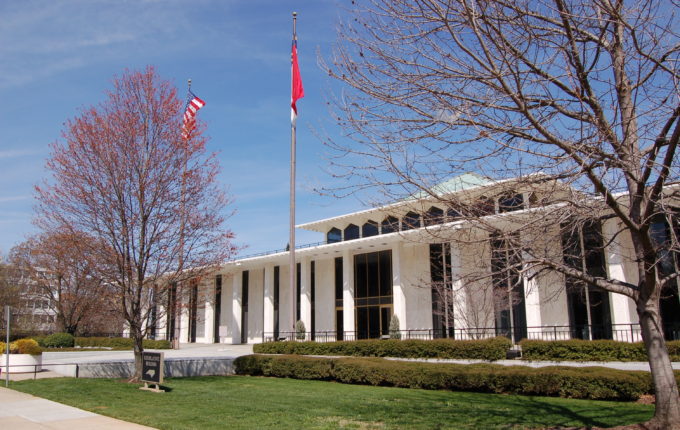 The North Carolina General Assembly gaveled in its 2017-18 long session a couple weeks ago, but so far the action has mainly been getting bills filed and holding a few committee meetings. As state legislators prepare to roll up their proverbial sleeves, let’s take a moment to talk about a few issues we’ll be watching this session.

Last fall, the eastern side of North Carolina was hammered with the torrential rain, flooding, and high winds from Hurricane Matthew. The storm displaced more than 80,000 households and did an estimated $1.6 billion worth of damage, some of which was certainly leveled upon our state’s farmers. In addition to damaged buildings and equipment, the North Carolina Department of Agriculture (NCDA) estimates that Hurricane Matthew caused $400 million in damage to major field crops, $20+ million in damage to landscape and nursery crops, and the loss of 2,800 swine and 1.8 million poultry. Both federal and state disaster assistance has been made available to farmers affected by Hurricane Matthew, and we will continue to seek assistance for farmers as needs arise. For information on the recovery effort and financial assistance, visit here and here. 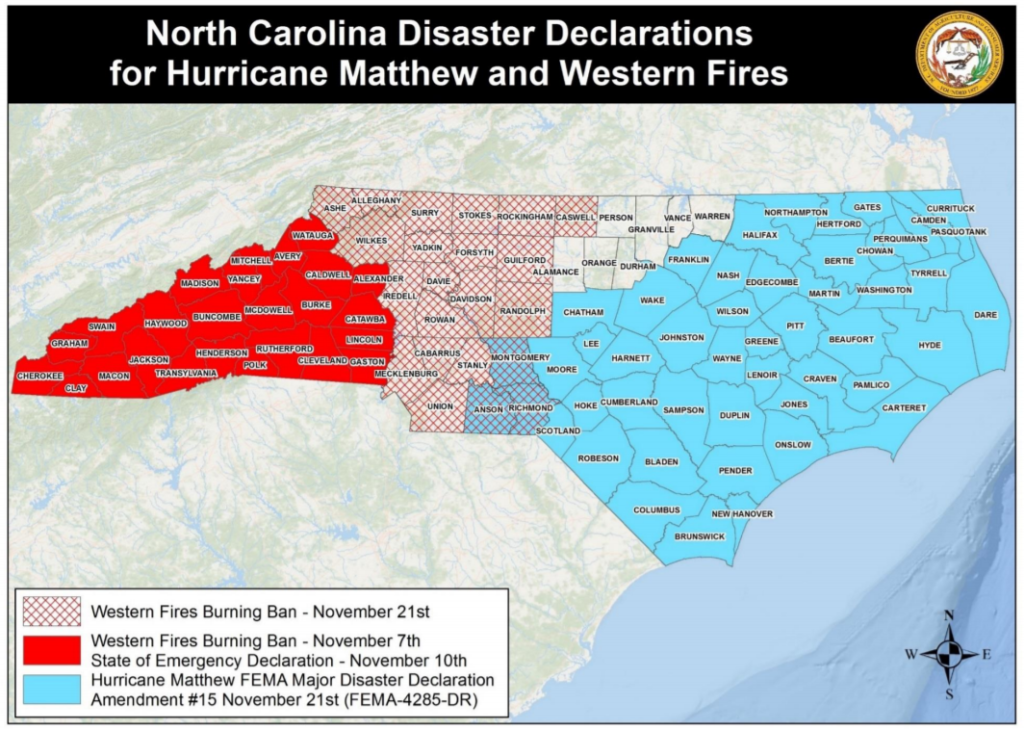 As eastern counties dealt with Hurricane Matthew and the ensuing floods, western North Carolina battled drought and as many as 25 wildfires through much of last fall. The fires scorched 73,000 acres of private and public land, causing some communities to evacuate as homes and property became threatened. Thankfully, falling temperatures, wet weather, and 2,500+ personnel combined to contain and extinguish these fires before they could do further damage. While North Carolina’s Christmas tree farms avoided the worst of the fires during the holiday season, many other farmers and landowners were not so lucky. In the coming months, we’ll be exploring ways to address the needs of those impacted by last fall’s wildfires.

During a special session in December, the General Assembly appropriated slightly more than $200 million to assist the people and communities that were impacted by these natural disasters. NCDA received almost $38 million in funding to help farmers repair farm roads and fields and to cover the cost of responding to the wildfires. According to state budget writers, these funds were an initial step in the recovery process and there’s a possibility that additional appropriations will be made during the long session.

It’s no secret that the cost of health insurance and the cost of health care have continued to rise, a fact that is not lost on North Carolina farmers. We’ve mentioned before that farmers are small business owners, and depending on the size of one’s farm operation the cost of health insurance and health care might manifest itself in different ways. For smaller farmers who are most likely buying their own insurance on the individual marketplace, it’s the lack of choice and the unpredictability of subsidies. Most rural counties only have one insurance provider to choose from, and as farmers’ income fluctuates (sometimes greatly) from year to year so does their eligibility for subsidies. For larger farms that might have several employees, it’s the burden of regulation and the fear of punitive action. Farmers have a lot on their plates—including the responsibility of taking care of their employees—and the labyrinth of rules and mandates to follow on top of the specter of fines can be overwhelming. We know farmers and rural families need a healthcare system that works for them, and will be working with legislators the find solutions.

Nobody likes to talk about taxes, but they’re a big deal for farmers just like they are for everyone else. And taxes can be complicated for farmers—just read our blog post from last year for a taste of what Tax Day on the Farm can be like. One tax provision that is extremely important for farmers is the Present Use Value Program. Basically, PUV allows farmers to pay their property tax based on the value of its present-use (farming and forestry), rather than its market value which might be higher due to demands for development. In the event that the farm does sell for development or otherwise become ineligible for the program, the deferred market value taxes for the current year and previous three years plus interest is due. The payoff of the PUV Program is that family farms stay family farms, green space is preserved, and everyone enjoys the benefits of local agriculture.

For farmers involved in production agriculture, sales tax exemptions are another important tax provision. In North Carolina, most farmers are eligible for the exemptions if they have more than $10,000 in annual gross sales. These exemptions help guard against double taxation—when you collect tax on inputs like fertilizer or seed used to grow a crop it’s the same as taxing a component part installed in an automobile –which makes it more expensive to farm and cuts into farmers’ already slim margins.

We understand and support recent efforts by the legislature to lower the tax rate and broaden the tax base. But we must continue to keep farmers’ tax burden from increasing to ensure we have a safe, affordable, and abundant supply of food and fiber.

And last year’s disclaimer still applies: Without question, other unanticipated agriculture-related issues will come up during the session, and Farm Bureau will be ready to engage on behalf of North Carolina’s farm families. As with any legislative session, uncertainty will be the rule, so we’ll keep you up to date on the latest news through this site and our weekly legislative newsletter and video—the Capitol Roundup. Stay tuned!