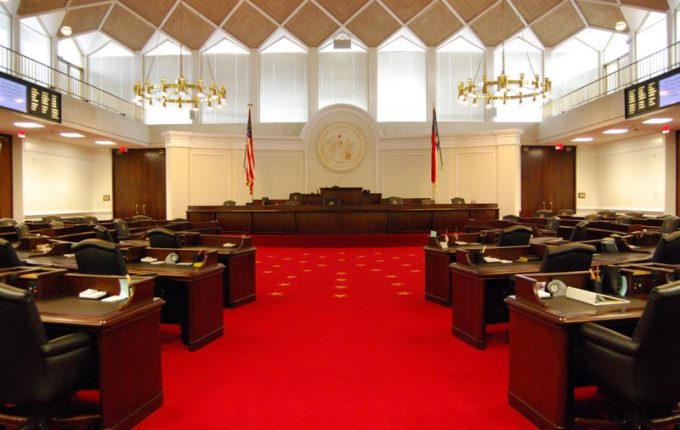 The North Carolina General Assembly opens its 2016 “short” session in five days. We’re going to look ahead to the session in a moment, but first it’s important to establish some background by reviewing some of the legislature’s recent work to benefit North Carolina farmers.

WHAT IS THE “SHORT” SESSION?
In theory, the “short” session is a time for the General Assembly to review and adjust the two-year budget it adopted during the previous year’s “long” session. The goal for legislators is to keep the session’s scope limited to a few budget and tax issues and minimize debate on controversial issues. But in reality anything can come up during the “short” session. In fact, you can bet the upcoming session will present opportunities to pass positive legislation and the very real threat that bad bills will pop up and need to be defeated.

Over the past few years, the General Assembly has enacted a substantial number of important laws positively affecting North Carolina farmers. Those laws, which had Farm Bureau support, enhanced property rights for farmers and other businesses, reduced farmer liability for the inherent risks associated with farm animal shows and similar activities, and made it easier for farmers to safely move their equipment and products on our state’s highways. Most notably, the General Assembly also included funding for North Carolina State University’s Plant Science Initiative and the North Carolina Department of Agriculture’s new laboratory facilities in the Connect NC Bond package, which voters recently approved in a big victory for farmers and agribusinesses all across the state. In many ways, the legislature has done a lot of heavy lifting for North Carolina farmers and has supported our state’s number one industry.

Now that you have a little background, let’s take a moment to consider three agriculture-related issues that might see legislative action over the next few months.

We expect the legislature to continue its ongoing work on tax reform this summer by increasing the standard deduction taxpayers may take on their North Carolina tax returns. To make this change and keep the state budget revenue-neutral, the General Assembly will likely need to expand the sales tax base further. (We talked about this a bit in last week’s post—check it out here.) In the past, legislators have proposed taxing veterinarian services to help cover some of the cost of lowering personal and corporate tax rates. Expanding the sales tax base to farm-related vet services would have had a big impact on the state’s livestock and poultry producers. Fortunately, this proposal wasn’t included in the 2015 tax reform law. But we’ll be on the lookout for similar proposals should they surface in the coming months.

Over the past few years, the legislature has enacted several “Farm Acts,” bills that contain numerous provisions that revise and update various agricultural statutes. For the most part, these Farm Acts have been relatively non-controversial, with the exception of the 2015 bill that, among other things, gave the NC Department of Agriculture the authority to regulate deer farms. Several legislators are interested in drafting a 2016 Farm Act, but it is too early to speculate on the agriculture issues that will be addressed in such a bill. As an aside, it is likely the legislature will take up a separate regulatory reform bill during the session that may make legislative changes that affect farmers and agribusinesses.

In 2015 there was significant legislative debate about the future of North Carolina’s renewable energy law, which requires electric utilities to purchase certain amounts of power generated from renewable sources, such as a solar energy and pork and poultry waste. In part because of the law, the state’s solar industry is booming. But this growth has raised concern in some agricultural communities that too much productive farmland is being converted into solar panels. The tension between commercial development and the loss of farmland is real, but unfortunately nothing new to North Carolina farmers. There will likely be legislative efforts to address this tension. As an organization that values property rights, NC Farm Bureau will work with both sides of this issue to achieve a balanced, common sense solution, if necessary.

Without question, other unanticipated agriculture-related issues will come up during the session, and Farm Bureau will be ready to engage on behalf of North Carolina’s farm families. As with any legislative session, uncertainty will be the rule, so we’ll keep you up to date on the latest news through this site and our weekly legislative newsletter and video—the Capitol Roundup. Stay tuned!